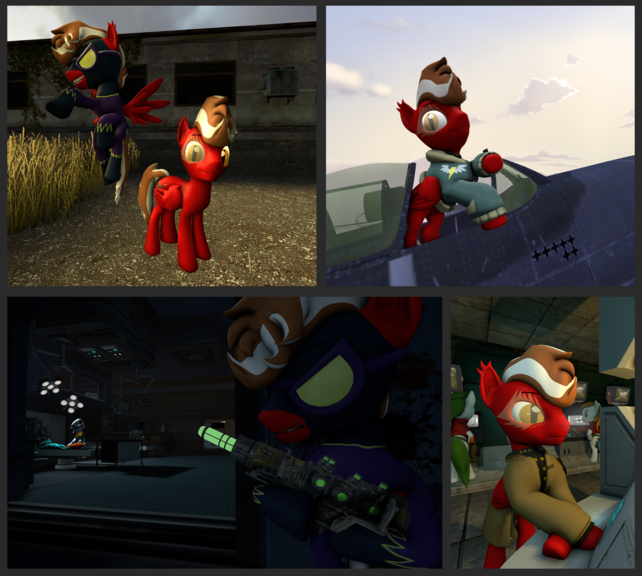 "It isn't a suicide mission if you can get back up when you're done."
-Cmdr Martini Markerlight, sometime during Operation Cauterize.

Martini Marechaser Markerlight, a fairly straightforward and easily understood War-time pegasus from the Fallout Equestria stream game by Dead Tree Studios and book based -very loosely- off the events of the game by Fiaura the Tank Girl, he's also made an appearance in the Hearts of Iron IV mods: Equestria at War where he serves as a Lieutenant-General of the Crystal Empire airforce, and Balefire Blues where he leads the nation of Nova Mirzah as a member of its council, and leads the armies of said nation in the field.

To those who don't want to look too far into the characters story, he is the phrase 'Fuck around and Find out' epitomized in a single character. Blunt, Loyal to a fault, an irredeemably flirtatious horndog, and otherwise general morally conscious character.

The model was created by Fauna-Joy, who you can find at their DeviantArt right here: https://www.deviantart.com/fauna-joy
As for me let me know what you crazy folks come up with using Martini here in the comments below. I'm eager to see what the lot of you can come up with for better or worse.

(He comes with the Pegasus skin and the Shadowbolt skin, the additional uniforms and jacket are from a separate set of mods and are not part of the model.) 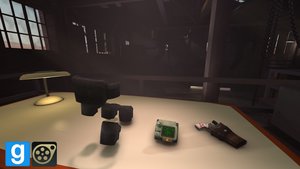 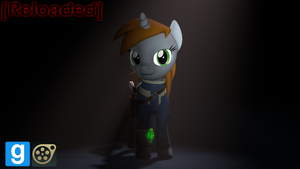 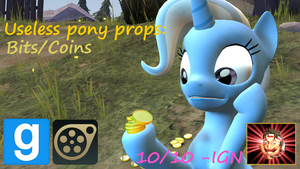 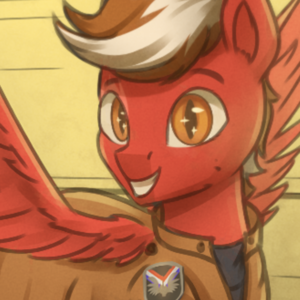