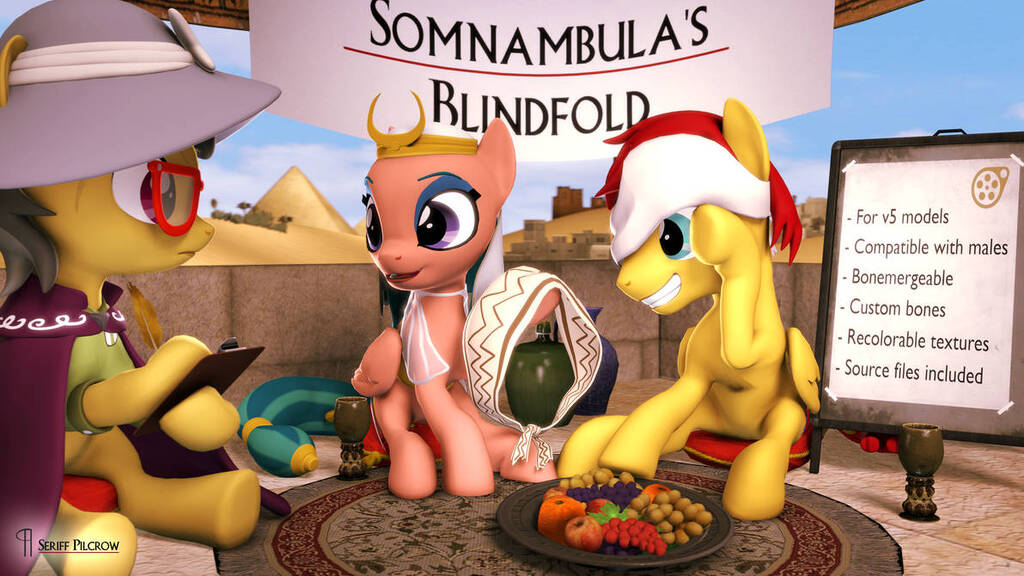 I was commissioned by a friend to make Somnambula's blindfold. Yes, a model of it already exists, but he wanted to see my take on it, and since I'm one of the NexGen beta testers, this blindfold model would be far easier to obtain permissions for.

But enough with the background of this model. What are the features?

Bonemergeable on v5 ("enh") models. This includes both males and females. Females fit by default, while there is a flex in the Unknown category that you can use to fit the blindfold onto the male snout.

Custom bones. The blindfold contains several bones that allow you to, for example, raise any part of the blindfold and move the ties at the back.

Source files. If you want to integrate the blindfold into your OC as a body-group or make your own textures, the BLEND, DMX, and PSD files are available.

This model isn't tested on GMod. It may or may not work there; I can't make any guarantees for that.

I work primarily with the v5 pony models and don't plan on making a version of this model for v6. Anyone who wants to try their hand at porting this to v6, though, has my permission. 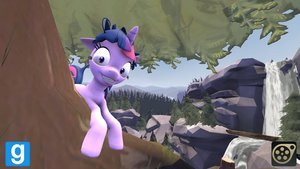